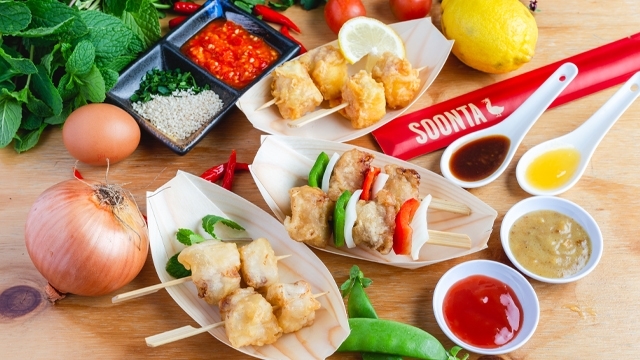 As Vietnamese fusion food franchise Soonta is gearing up to take its proposition interstate, chairman Max Xie believes the brand can reach up to a hundred stores in five years.

The brand, founded in 2008 with an outlet in Adelaide’s Waymouth Street, announced its partnership with DC Strategy in June to launch a growth model focused on having master franchisees across Australia.

“Fifty to a hundred stores is a reasonable assumption,” Xie told QSR Media, envisioning double-digit store growth in the five other states.

From Xie’s perspective, the group has “maxed out” the Adelaide market, calling it the “toughest market” in the country, and thinks they are at a tipping point that they need to expand elsewhere.

“Demand is not as high as in other states,” Xie told QSR Media. “Adelaide is very tough to break into because you're low on population, people are used to what they have.”

“Whereas in other states…[the younger population] tend to receive new things a lot quicker, they like to try new things.”

Xie confirmed the brand, which has 17 stores around South Australia, is currently in talks with master franchise candidates in Victoria and Queensland. He believes their data-driven approach to expanding, the chain’s simple menu and ease of operations makes the opportunity more palatable, along with a growing trend for cheaper but healthier food amidst the pandemic and inflationary pressures.

“People have been seeking comfort food, budget food,” he explained. “Often this uncertainty comes with opportunity. Sometimes, inflation is not necessarily a bad thing for doing your business because you will have people that are coming out from corporate life, people migrating into a different business, a different country, or they will be looking for things to do.”

He expects new builds to be their standard shopfront concept, but says he is open to trying new formats such as drive-thru.

At the moment, Soonta gets 70% of sales from in-store transactions, whilst the rest is a combination of delivery and its catering arm. Xie said he is comfortable with that ratio at the moment.

“We don't need to [be] dependent on those delivery platforms so much,” he said. “I would prefer more walk-ins.”

Not immune to the supply chain problem, Xie explained that Soonta has a central distributor model to ensure quality control but allows some degree of flexibility in case by case scenarios where franchisees need to source locally.

“We do price reviews every year and we are actually in the process of reviewing again,” he added. “We try to absorb as much as we can internally before we pass on to the network.”

Despite a myriad of pressures, Xie shared his optimism that Asian QSRs will get a bigger percentage of the market.

“We're just hoping that we, along that road, play our role right,” he said. “We'll adapt and adjust our strategy to overcome.”