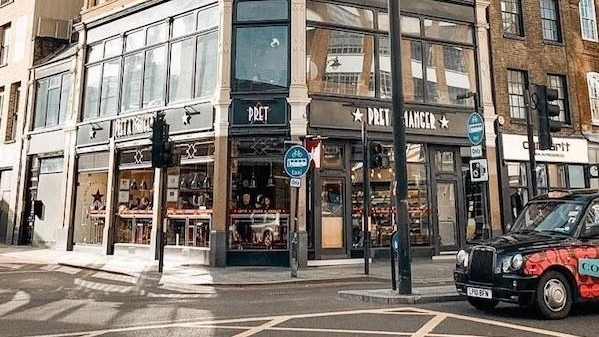 May saw revenue across the UK surpass 2019 levels for the first time.

Pret A Manger swung back to profitability, announcing its half year revenue in 2022 reaching £357.8 million, reflecting sustained growth of its estate outside of London’s city centres.

Pret says 66% of its UK shop portfolio is outside of the Square Mile, with 36% of UK shops located in regional cities and towns.

The company noted it has been generating cash since March and went operationally cash flow positive from May.

Last September, Pret announced a medium-term growth target to double the size of its business within five years, as well as expanding into five new markets by end-2023. Since then, it has established four new franchise partnerships and opened 27 shops in the UK, and announced agreements with franchise partners to enter Canada, Ireland, Spain, Portugal and most recently, India, in partnership with Reliance Brands Limited.

It has also invested in new menu development and has set a target of doubling sales from new products to 20% of UK revenue by the end of the year. The business will unveil a new menu range in the UK later this week.

Digital transactions, meanwhile, accounted for 37% of transactions during 2021. Its subscription programme has now risen to a million redemptions a week.

“Two years ago, we said we wanted to bring Pret to more people. During the first half of this year, we not only delivered on that pledge, but we also grew fastest in some of the places where we only had a handful of Pret shops before. That’s a fantastic result and shows how big the appetite is for freshly prepared food and organic coffee in towns and cities across the UK,” chief executive Pano Christou said in a statement.