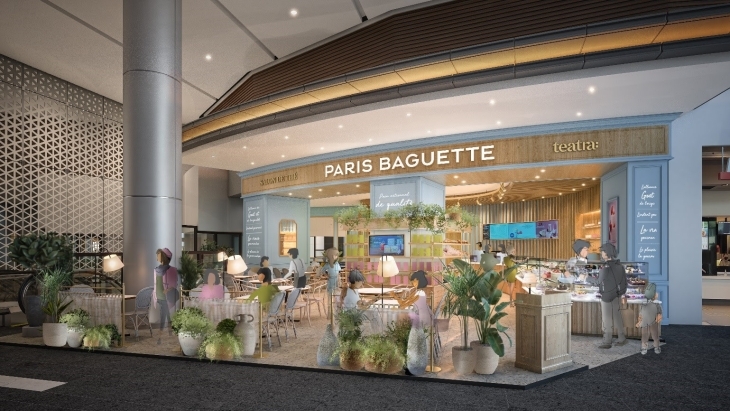 The concept may be rolled out regionally if proven successful.

Paris Baguette Singapore announced the opening of its first café-retail concept store at Raffles City, incorporating the teatra retail concept within a café.

The fast casual chain’s 11th store in the market is measured at 2,637 sq. ft., seats 64 and is designed with an “outdoorsy garden-like, European” theme.

The central teatra gift shop has a brewing bar for customers to create their own tea packages, with Paris Baguette’s proprietary teatra range also launched exclusively at Raffles City.

Other exclusive items to the Raffles City outlet include the teatra tea-infused Earl Grey Royale Pudding and Earl Grey Choco Cake, and handcrafted beverages such as tea-infused milk teas, mocktails and vin-chaud or mulled wine. An all-day brunch menu is also launched in Raffles City first before subsequently rolling out at selected outlets.

“Singapore is a great launchpad for new concepts and ideas, and if successful, we will be rolling out more of such concepts regionally,” Hana Lee, CEO of Paris Baguette Southeast Asia, said.