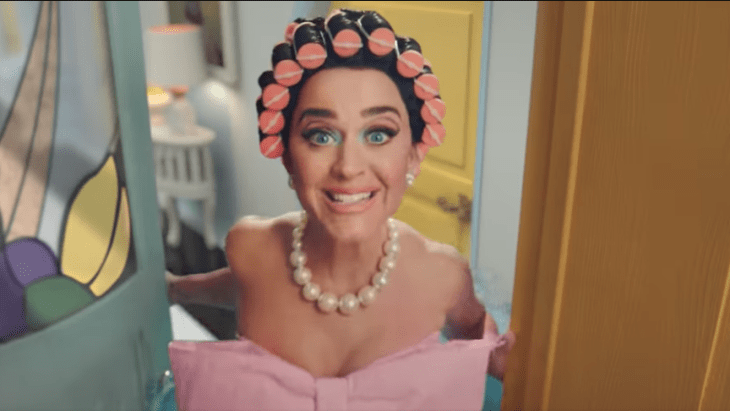 The TVC was created by McCann London.

Just Eat has enlisted pop star Katy Perry to take its ‘Did Somebody Say’ platform global.

Discussing the concept, the advertising agency explained that “as the courier hands over her food, we cut inside and go on a whistle stop tour of Perry’s world, complete with elaborate costumes, piano playing puppets, and a wide range of fabulous food for every occasion.”

The ad was directed by Dave Meyers, who previously created videos for Perry’s global hits 'Swish Swish' and 'Firework'. Music and lyrics were co-created by Perry, Kris Pooley, McCann London and the team responsible for the original 'Did Somebody Say Feat. Snoop Doggtrack'.

Rob Webster and Alexei Berwitz, creative directors at McCann London, commented, "With Katy’s global appeal, we’re bringing the ‘Did Somebody Say’ platform to more markets than ever before, while her supercharged remix builds on the success of the last campaign to land another little slice of pop culture.”

The campaign was written and art-directed by Ben Buswell and Jo Griffin and shot in Los Angeles with production company Radical Media, with photography by Vijat Mohindra.

"Coincidentally most of my records and eras have had food undertones to them, from strawberries to peppermints to now mushrooms," Katy Perry said in a statement.

"Ordering takeaway is a regular Saturday night for me, so it was fun to channel that into a video that is a combination of the things that bring joy to my life: poppy bright colours, wild outfits, and food puns sung over a catchy tune.”