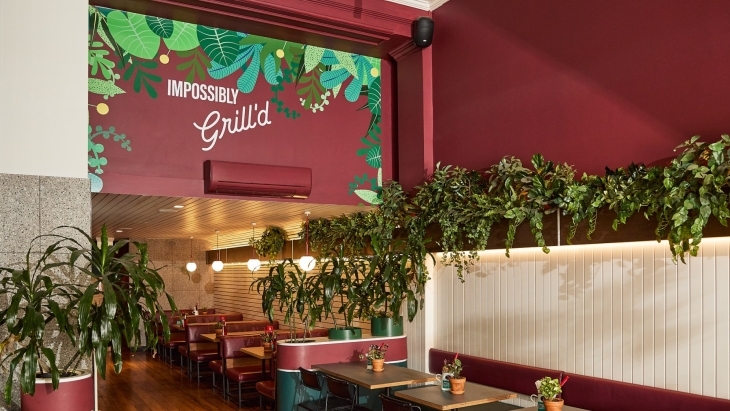 The chain is also bringing back its Meat-Free Mondays promotion.

Grill’d has converted two restaurants into venues that feature an entirely plant-based menu.

Starting February 7, the brand’s “Impossibly Grill’d” locations in Crown Street, NSW and Collingwood, VIC will showcase a menu that features 23 plant-based burgers, including the new Grill’d Impossible burgers and a range of salads and sides.

Other plant-based dishes will be on offer including the Fable Burger range, Plantein “chicken” and new Impossible “loaded” chips.

“Whether you’re vegetarian-ish, plant based or experimenting with going meat-free, Grill’d is an progressive brand that supports all food tribes no matter consumer’s needs and preferences,” founder and managing director Simon Crowe said.

To mark the opening of the new restaurants, Grill’d is also bringing back its Meat-Free Mondays promotion, first launched in 2019. Members of their Relish loyalty program will have exclusive access to a free plant-based burger for every plant-based burger purchased on Mondays for a limited time.