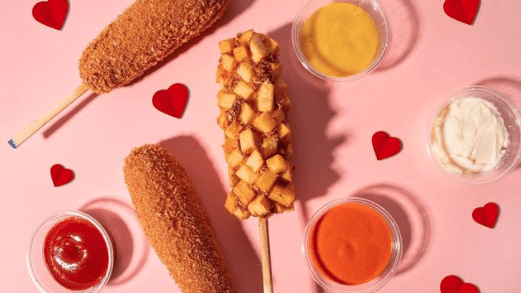 The Embankment site will debut ramyeon as part of the menu.

Following the opening of its first site in Charing Cross last year, Korean corn dog concept Bunsik is expanding with a second site, located on Embankment’s Villiers Street on March 26.

Guests can order the ddukbokki and topping - a rice cake with Korean spicy sauce finished with either cheddar cheese, an original hot dog, chicken mandu, kimmari (fried seaweed roll), or a boiled egg. Sides include the Mini Veg Kimbap and Mini Bulgogi Kimbap.