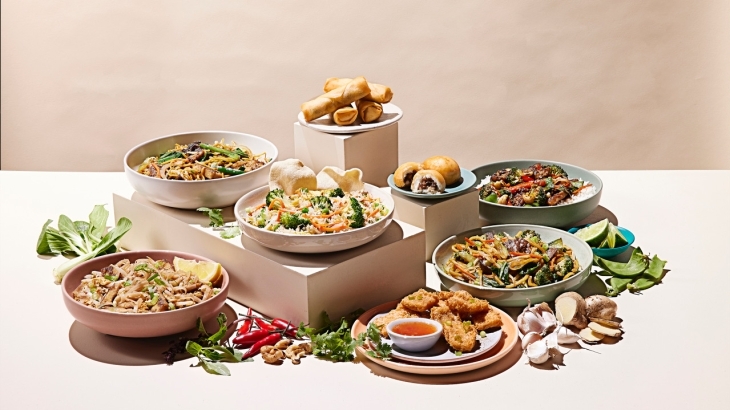 Expansion for both Nature’s Wok and Plant Patty is expected to be announced in coming weeks.

Nature’s Wok is described in an announcement as offering a menu of Asian classics with a plant-based twist, “packed with bold flavours, fresh ingredients and a variety of options to enjoy, all cooked-to-order and delivered straight to your door.”

“Up to now, the plant-based Asian food category has been left relatively untapped with perceptions around plant-based food options seen as lacking in flavour. Nature’s Wok is here to challenge that way of thinking and give eaters what they have been missing,” she said.

Plant Patty, meanwhile, will feature plant-based burgers such as the ‘Meat Eater’ and ‘Chicken Lover’ that seek to replicate the taste and texture of real meat along with the ‘Health Freak’ and the ‘Adventurer’ that offers traditional plant-based vegetable and tofu options.

“A lot of people have never tried a plant-based burger before, but we are seeing more and more people making the change to plant-based products knowing that it has such positive benefits on both the environment and overall health,” Plant Patty brand manager Danielle Sidoti said.

Concept Eight chief executive Grant Lee explained they are seeing demand for more plant-based food year on year, saying it took them months to “perfect our brand concept and offerings.”

“Our in-house chefs and team have worked tirelessly to research and trial the best plant-based proteins from around Australia. We are confident that we have delivered on flavour and quality that celebrates the best of burgers and Asian cuisine. Our menus are not only for those following a strict vegeterian diet, we expect the majority of customers to be flexitarians, as well as those who don’t normally follow a plant-based diet,” he said.

Both brands are available via Concept Eight’s own dedicated online ordering and rewards app Concept Ate Rewards, along with third-party delivery platforms such as Uber Eats, Doordash and Menulog.

Concept Eight also ensured it is using recyclable and compostable food packaging “to fit with their branding and mission.”

Expansion for both virtual brands is expected to be announced in coming weeks, the company added.