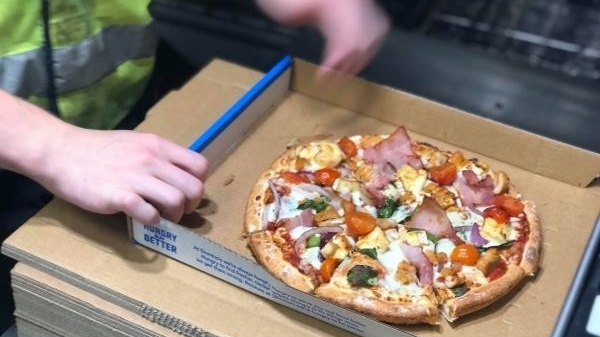 DPC Dash, the operator of Domino’s Pizza stores in China, applied to go public on the Hong Kong stock exchange.

According to an online filing, U.S.-listed franchisor Domino’s Pizza has a 15.7% stake in DPC as of the filing date through wholly-owned entities. Not a single entity has majority ownership, the document also showed.

Bank of America Securities is the sole sponsor of the listing, according to the application.

In the filing, DPC said it is the chain’s “exclusive master franchisee” in China, Hong Kong and Macao, with 485 directly operated stores in ten cities on the mainland, located mostly in Beijing and Shanghai.

The company revealed plans to open 120 new stores this year.

2021 saw the company’s same store sales grow by 18.7%. However, the company has operated at a growing net loss over the last three years, which the filing attributed to expenditures on new stores, central kitchens, marketing and staff training.

New stores, the filing noted, take about one to three months to break even, with a typical cash investment payback period of three to four years — noting shorter times for new stores in Beijing and Shanghai.

Over 73% of revenue was generated by delivery orders in 2021, with the company adding it hired a staff of 5,375 drivers in that year to offer 30-minute delivery.