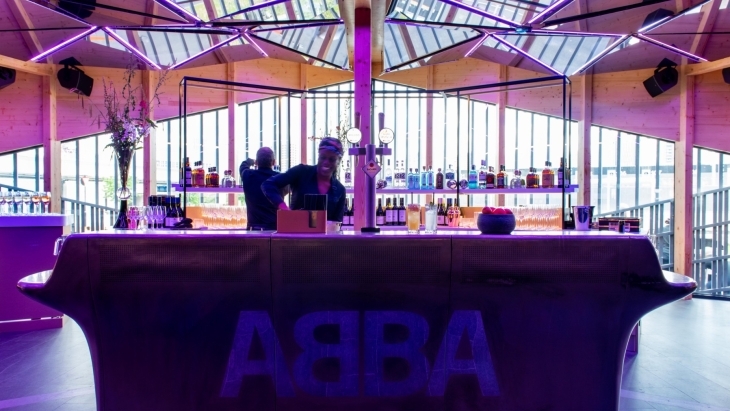 The offering will include a premium ‘Departure Lounge’ area, a concourse eatery, four public bars, and a Prosecco bar.

Benugo announced that it will provide the complete food & drink offering for ABBA Voyage, an upcoming concert residency featuring the Swedish pop group performing digitally with a live 10-piece band in a purpose-built arena in London from 27 May.

The offering will include a premium ‘Departure Lounge’ area, a concourse eatery, four public bars, and a Prosecco bar. Additionally, there will be eight dance pods seating up to 14 people which will include a private dance space, waiter service drinks and access to their own bar.

The menu will include bowl & finger food, with highlights of Smoked chicken with celeriac remoulade, pomegranate, and watercress; Hells battered cod, skin-on chips and caper emulsion.

Afternoon tea will be served in The Departure Lounge for matinée performances with Blackcurrant éclairs and Battenburg cake. Prosecco, wine, beer, soft drinks and cocktails will be served as part of the hospitality package along with a food station of charcuterie & pickles, British cheeses, and antipasti.